B. Altman and Comapny: The Grande Dame of NYC Retail

Early mornings along New York’s busiest avenues always fascinate me. The city may never sleep, but it does rest, and these pre-sunrise moments offer a glimpse of the city before she’s camera-ready. A diva in repose, if you will. Then the sun rises across the East River, and west-facing windows along Manhattan fracture the beams of light and cast them in every direction. In an instant, it’s as if someone has thrown a switch on a movie set and shouted “Action!” The diva roars to life.

One recent morning, shards of reflected sunrise bounced off a building at the corner of Fifth Avenue and 34th Street, and the effect was so beautiful that it drew my attention away from the flashy Empire State Building across the street. I recognized this shimmering 12-story building from my childhood.

In the 1970s, the building was home to B. Altman & Company, an elegant, glamorous department store that I loved to explore while my mother worked behind the counter for Christian Dior. Given only 20 or 30 minutes at a time to roam, I’d hurry along polished wood and smooth red carpet toward escalators that took me to different worlds on each floor. There were fashions by Halston and Calvin Klein, furs, enormous wedding dresses and ball gowns, and even a furniture section to play in (with each area decorated in things like classic English or chrome and shag). One of the top floors featured a children’s book department that always got me off schedule.

By the 1980s, B. Altman & Company was in decline. It was a stuffy, sad place where shoplifters and gangs of “wilding” teenagers stole merchandise off shelves. By the late 1980s, the store was bankrupt. It closed and was largely forgotten.

Buildings talk, and that morning, shimmering with broken sunlight, the impressive facade of 365 Fifth Avenue hinted at a grander history than the one I remembered. I decided to take a closer look at its past. 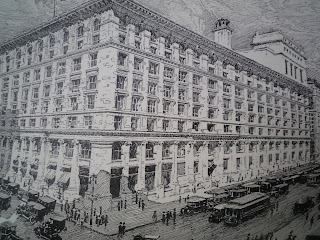 It’s hard to imagine now, but the intersection of 34th Street and Fifth Avenue used to be a farm with a stream running across it toward a nearby pond. It wasn’t until late in the 19th century that fashionable New York was drawn to the area by the construction of dignified new buildings. The original Waldorf-Astoria Hotel emerged on 34th Street (on the site that would eventually become the Empire State Building), and soon Fifth Avenue was recognized as New York’s most exclusive shopping district.

In 1906, the B. Altman & Company firm built a store along the east side of Fifth Avenue that stretched from 34th Street to 35th Street. 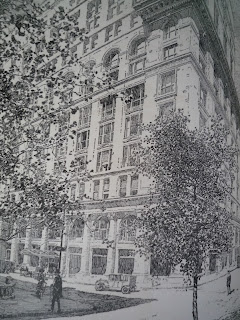 A few years later, a Madison Avenue portion was added to create a store that would occupy an entire city block. According to a company catalog, it was to be a “source of infinite resources…equipped with every device calculated to contribute to the greatest efficiency of service; in brief, a store of the highest modern order.” 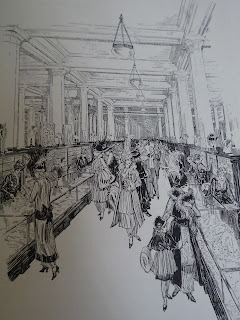 B. Altman & Company interiors were as impressive as the building’s Italian Renaissance exterior. 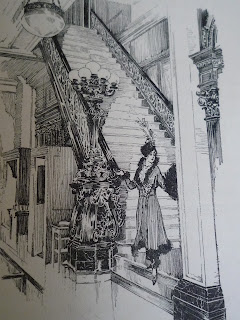 The department store was known for its grace, proportion, and a “pervasive atmosphere of dignity and refinement.” 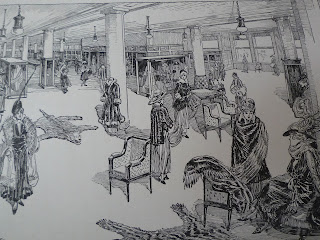 It was described as a “luxurious environment which every woman of taste and breeding appreciates.” 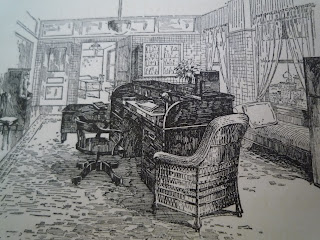 Physician’s offices and a 7-bed infirmary were located in the store for the care of employees and for customers who might be “seized with sudden illness while in the establishment.” The store even featured a Mourning Department “generously supplied with every essential of the correct mourning outfit.” 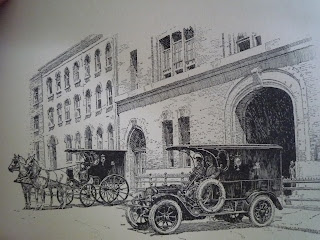 A Delivery Department was housed in a six-story garage on 36th Street where 200 horses, 157 horse-drawn carriages and 85 motor wagons were kept.

For more than 80 years, the magnificent B. Altman & Co. served customers and employees with unequaled courtesy, professionalism and attention to detail. Since its closure in 1989, no store in New York has ever matched its excellence.

The building that once ruled New York City retail is now home to a branch of the New York Public Library and to the Graduate Center of the City University of New York (CUNY).

The next time you visit either of those establishments, rewind the decades to imagine the many lifetimes lived by 365 Fifth Avenue.

Share your own recollections of B. Altman's finest days (and read the memories of former B. Altman shoppers and associates) at The Department Store Museum web site. Read this article as it appeared originally at Ask A New Yorker.

* All black and white images were featured in a B. Altman's catalog published in 1914. The logo is from the Department Store Museum.

Posted by CityGirlWrites at 4:00 PM